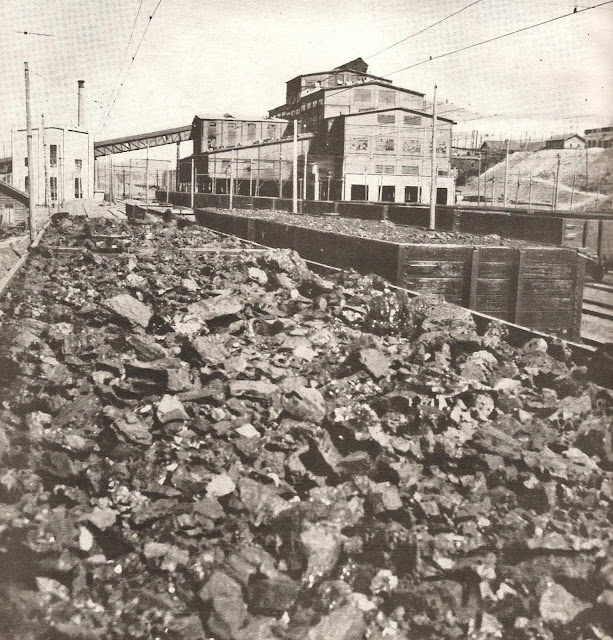 China has a surplus of coal available for export Coke production in Dairen. The iron and steel industry if new China is rapidly growing 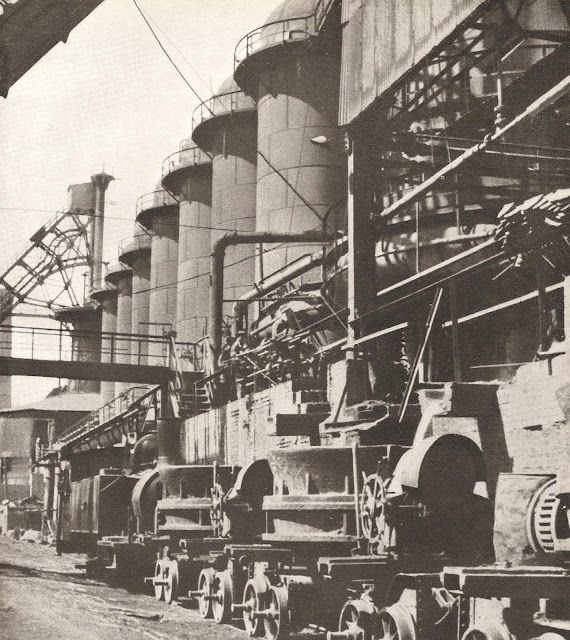 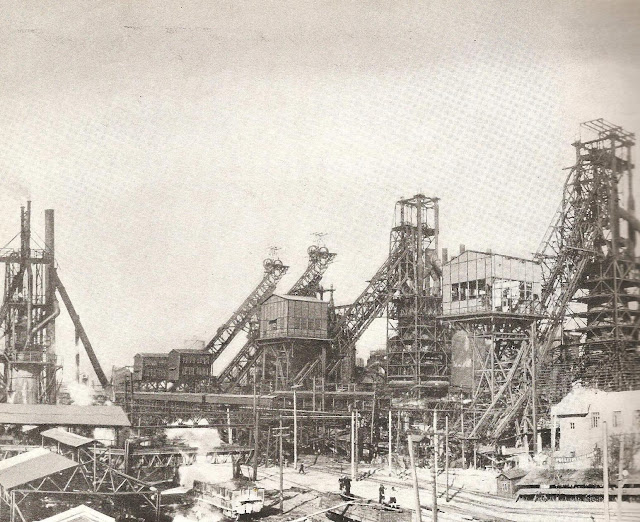 A view of the state-owned Anshan Iron and Steel Works in Northeast China, which has switched to large-scale construction since the winter of 1952. Brilliant successes have been achieved in its rehabilitation and democratic reform work in the past three years 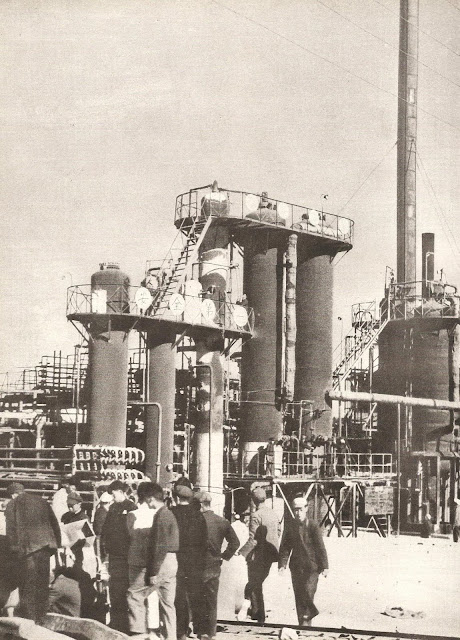 An oil refinery. China has rich oil deposits. In 1952, petroleum production was 24.94 per cent above the highest pre-liberation record 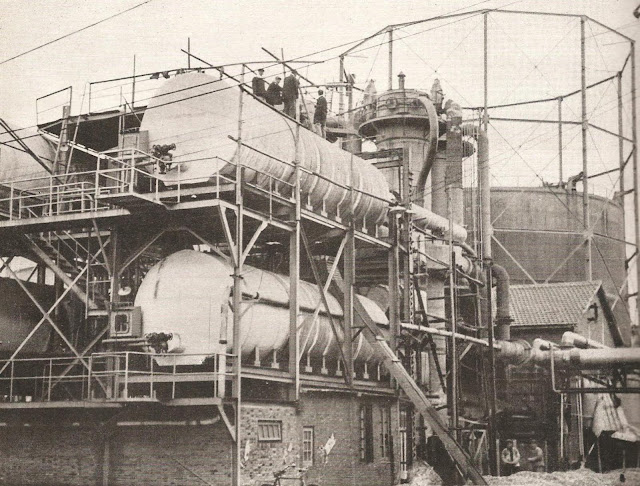 The factory produces ammonium sulphate. Land reform has opened up new demands for chemical fertilizer
Posted by robin at 10:40 PM No comments: 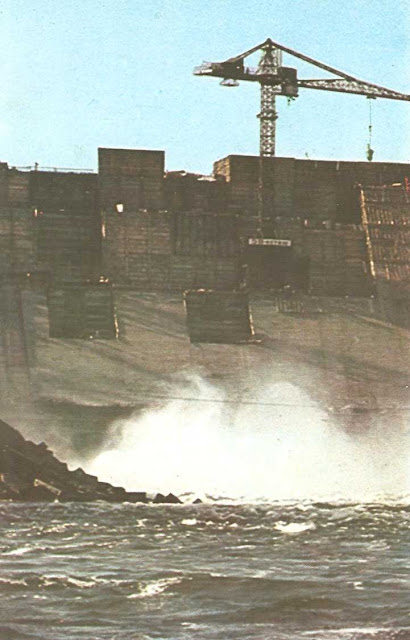 Lovely new towns will be built in the depths of the taiga, new power stations will rise on the mighty rivers, and all the fabulous wealth of Siberia will be developed for the benefit of man, in this land that has been transformed by socialism. 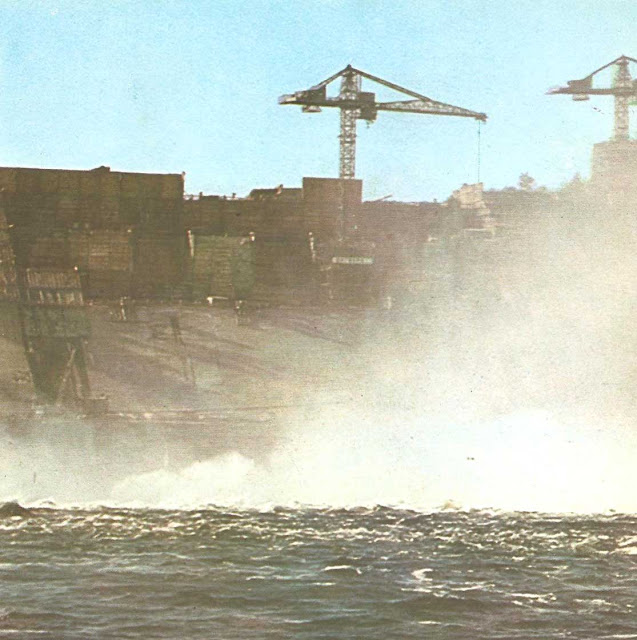 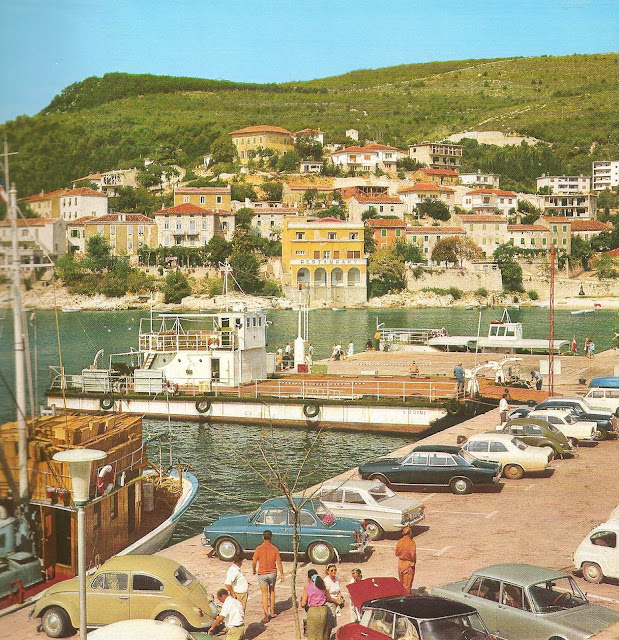 Rabac, Croatia
Posted by robin at 2:21 PM No comments:

Deutsche Demokratische Republik.  Hardcover book published by Sachsenverlag Dresden 1959.  All text is in German.  There is a booklet with Russian, English, French and Spanish translations. 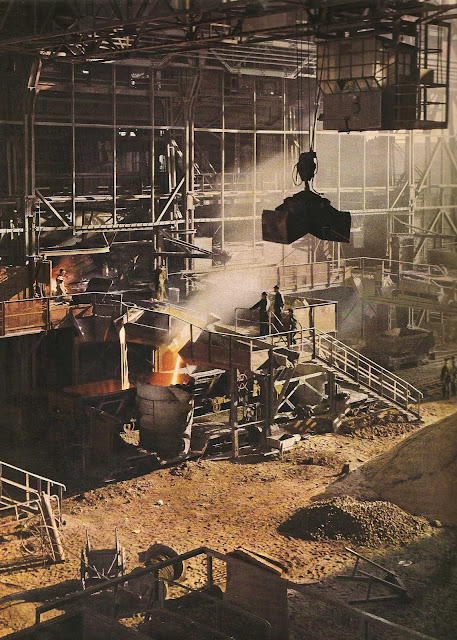 The Iron Works “West” at Calbe – one of the newest and largest nationally owned enterprises
Posted by robin at 1:01 PM No comments:

Maklas Foto. Hardcover book published by Izdevnieciba “Liesma” Riga 1971, with black and white photographs throughout. Text is in Latvian, Russian, English and German. 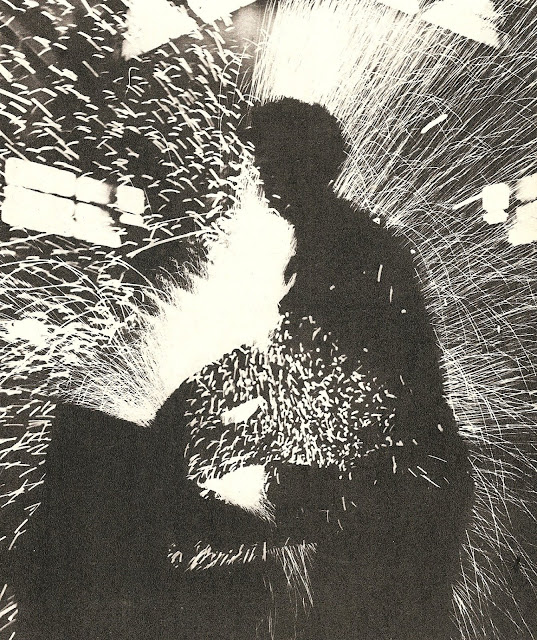 Gunars Binde. Salute of a Labour
Posted by robin at 9:41 PM No comments: 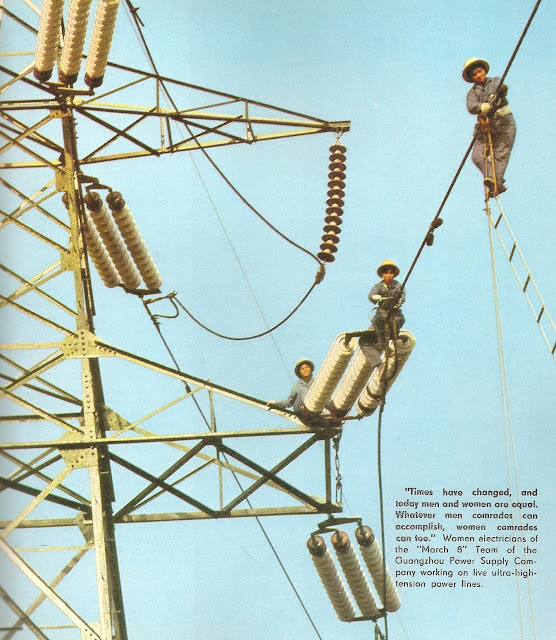 “Times have changed, and today men and women are equal. Whatever men comrades can accomplish women comrades can too.” Women electricians of the “March 8” Team of the Guangzhou Power Supply Company working on live ultra-high-tension power lines. 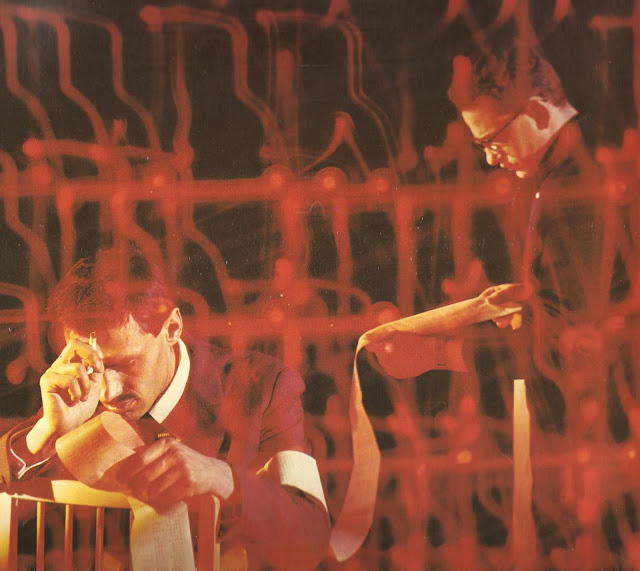 Computers now relieve man of a tremendous amount of work that formerly took up much time and energy that might have been devoted to creative effort. Machines now control automatic installations, sticking strictly to the set regime, they take the place of thousands of book keeping and accountancy staff, they programme the production flow. 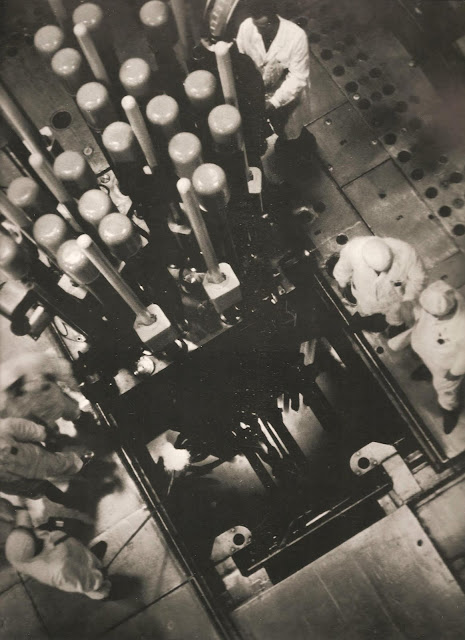 The Soviet people are building atomic power stations, making revolutionary discoveries in experimental and theoretical physics.
Posted by robin at 11:05 PM No comments: