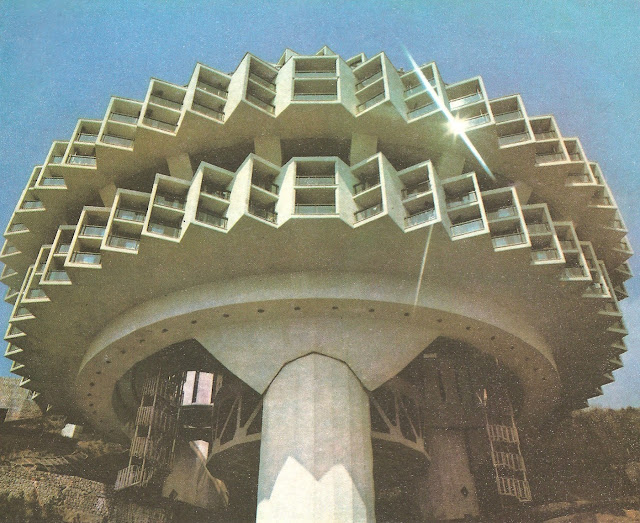 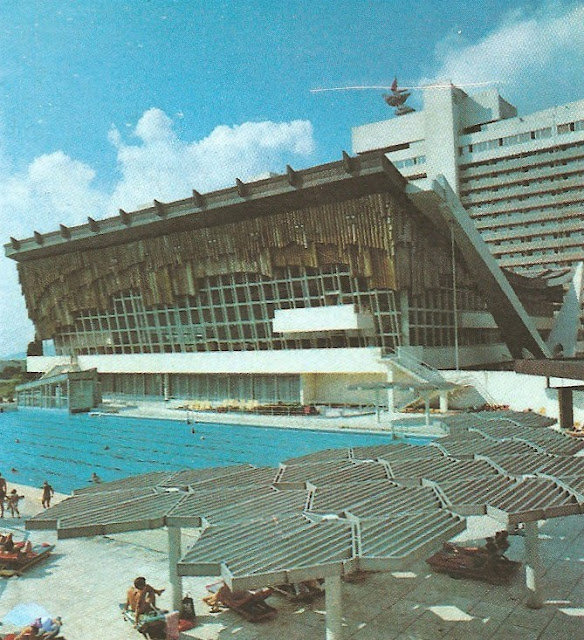 The Yalta Hotel has become a notable sight in the Southern Coast of the Crimea
Posted by robin at 12:09 AM No comments:

Moscow by Yury Balanenko and Alexander Berezin. Hardcover book published by Planeta Publishers Moscow 1975, 207 pages with colour and black and white photographs. All text is in English. 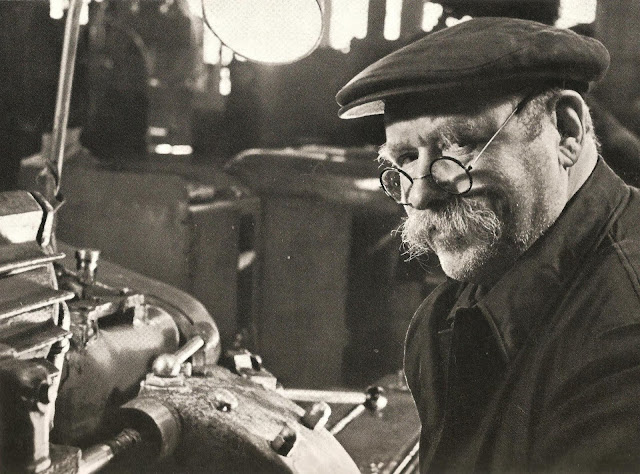 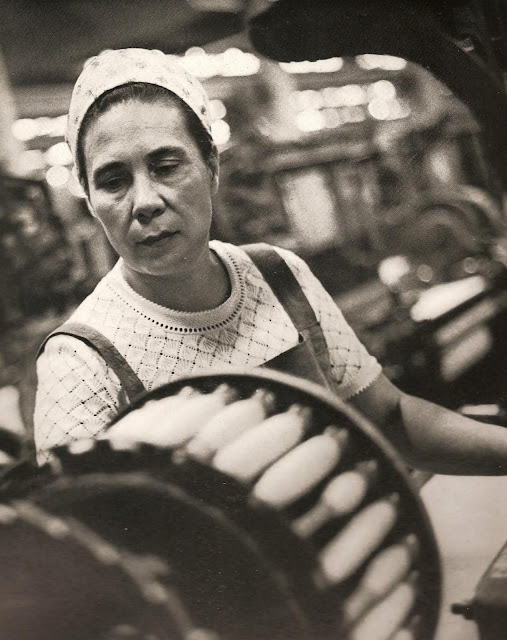 Maria Ivannikova, Hero of Socialist Labour and a member of the Central Committee of the CPSU, works at the Frunze Cotton Mills in Moscow. She is the initiator of an anti-waste movement, and among her followers are not only textile workers but also metal-workers and workers in the footwear industry and in power engineering. 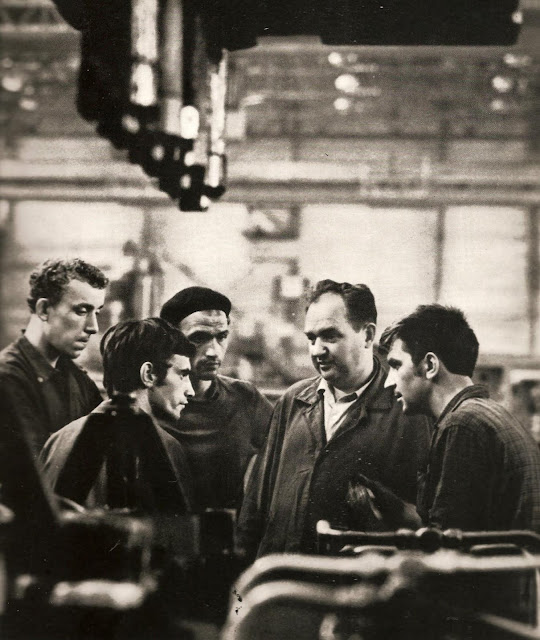 At the Orjonikidze Machine-Tool Building Plant, people speak with pride of Vladimir Komarov, an assembly fitter who holds the title of Hero of Socialist Labour and was a delegate to the 24th Congress of CPSU 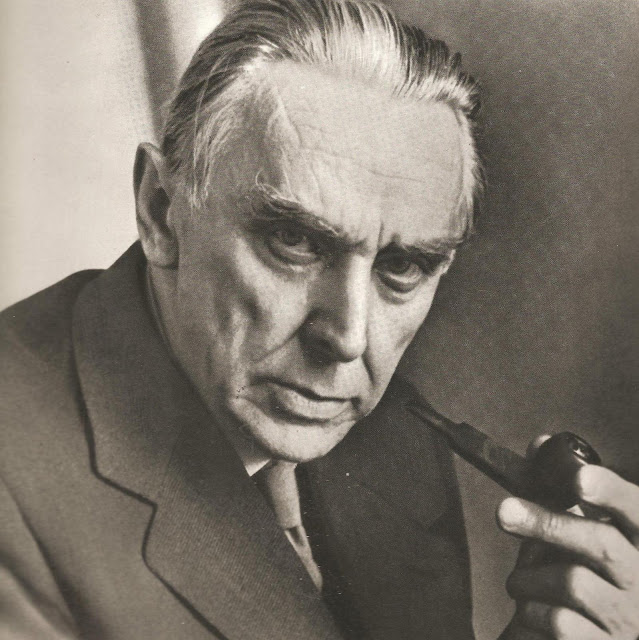 Konstantin Fedin, Hero of Socialist Labour, one of the founders of Soviet literature, is also the author of books on the art of writing, a serious critic and theoretician. 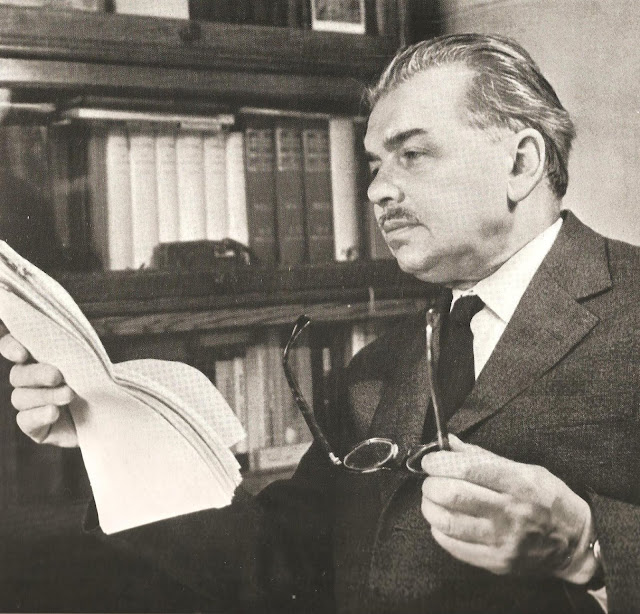 The message of Leonid Leonov’s books is patriotism, loyalty to an idea and love of mankind.
Posted by robin at 4:44 PM No comments: 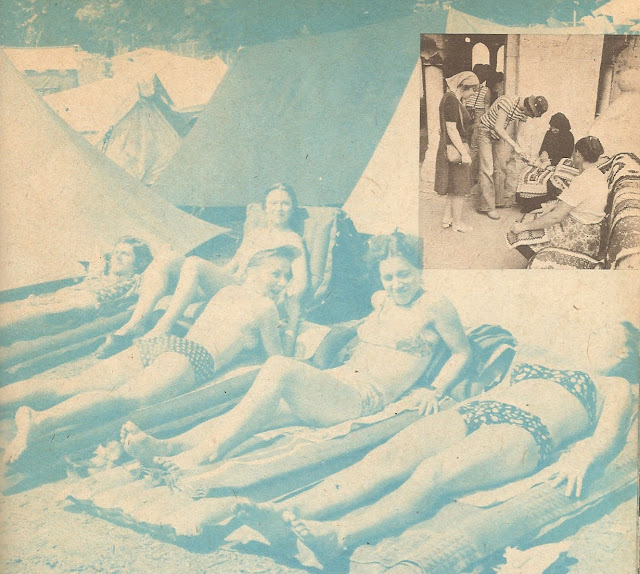 In the grim years of the war they forged the weapons of victory. The names if those who fell for their country will never be forgotten, including those who fought in the Siberian division which helped defend Moscow in the tragic winter of 1941

Deutsche Demokratische Republik.  Hardcover book published by Sachsenverlag Dresden 1959.  All text is in German.  There is a booklet with Russian, English, French and Spanish translations. 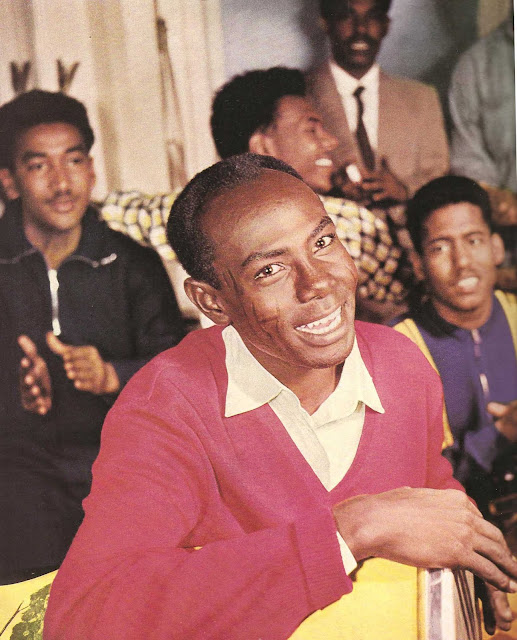 The Foreign Students Institute: Leisure time in the student’s home. 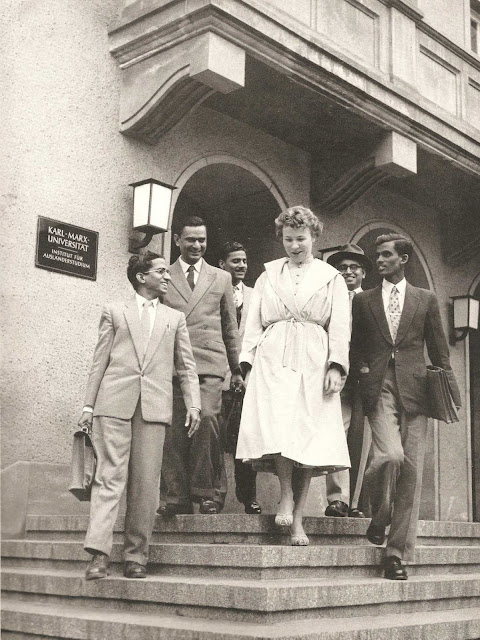 The Foreign Students Institute: After the lecture

Praha, Jeji Krasy (Prague - Its beauty). Hardcover book published by Olympia 1985, with Czech text with various translations at the back of the book. 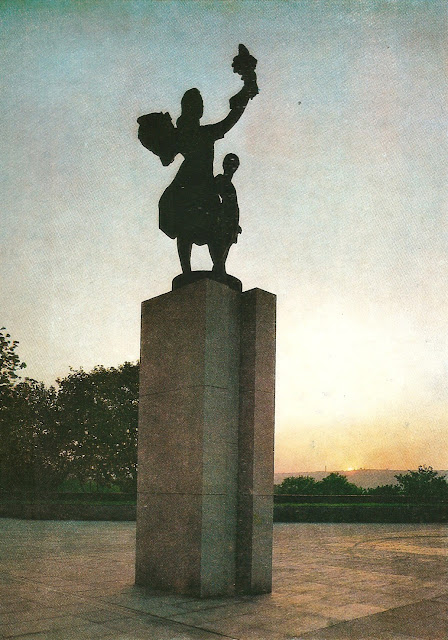 In front of the Palace of Culture
Posted by robin at 3:10 PM No comments: 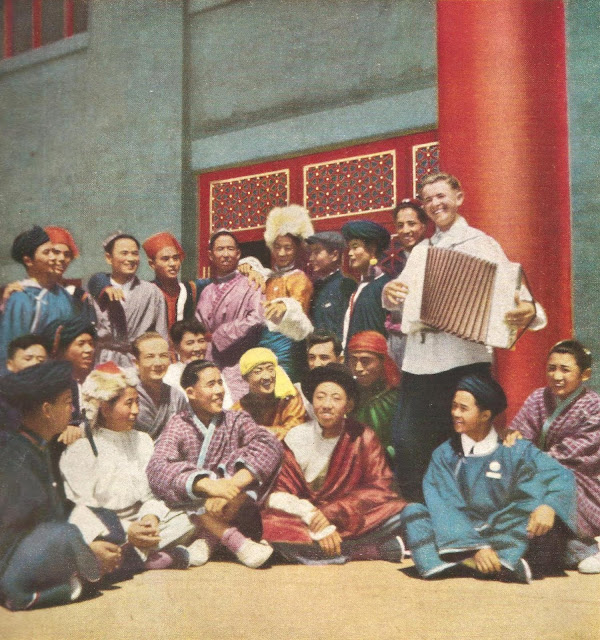 The Central Institute for Nationalities is training leading personnel for the national minorities of China. Its students, belonging to more than thirty different fraternal nationalities, live and study together. The religious beliefs, traditions and customs of nationalities are fully respected in New China. 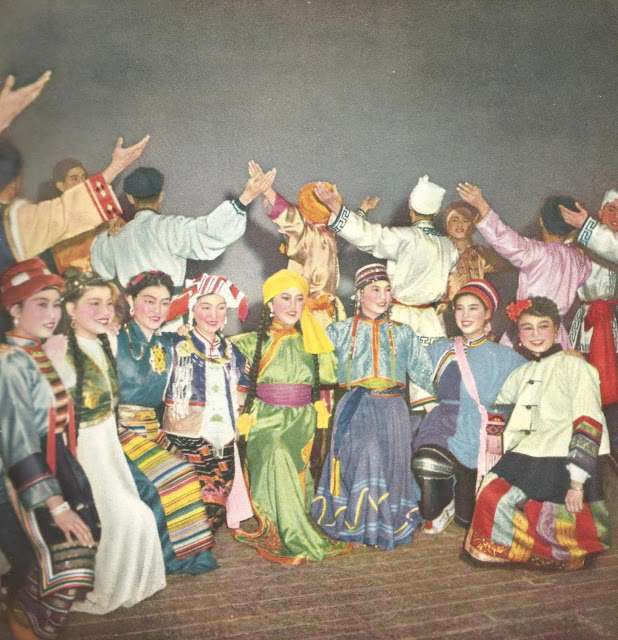 National Minorities tell of their happy, new life through their own national art forms
Posted by robin at 8:07 PM No comments: