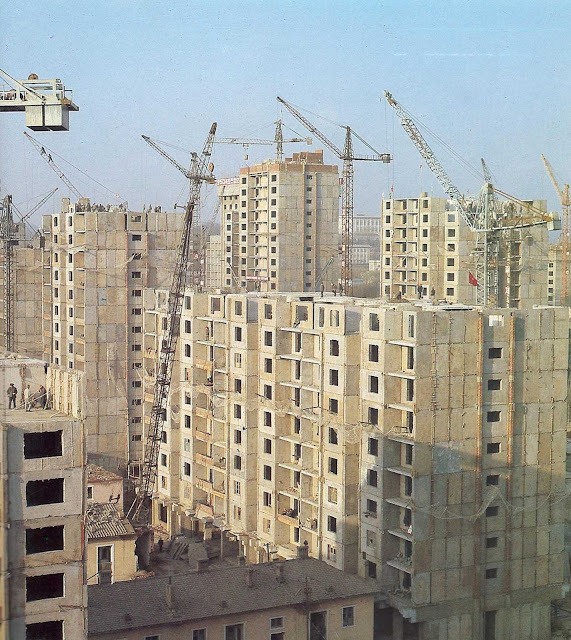 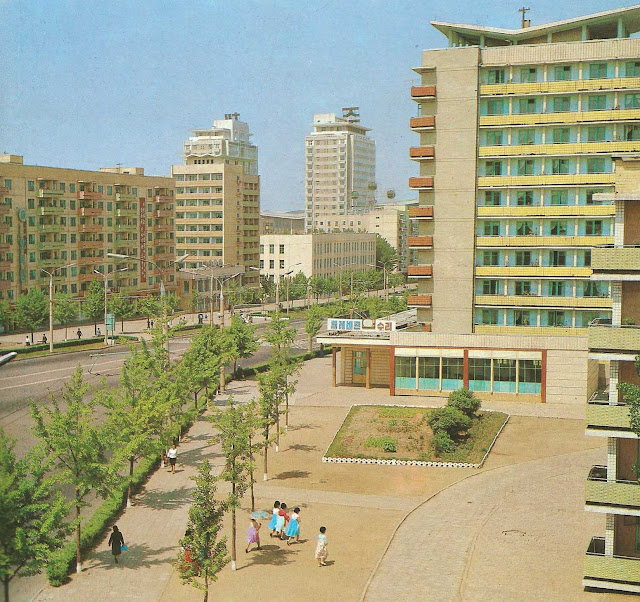 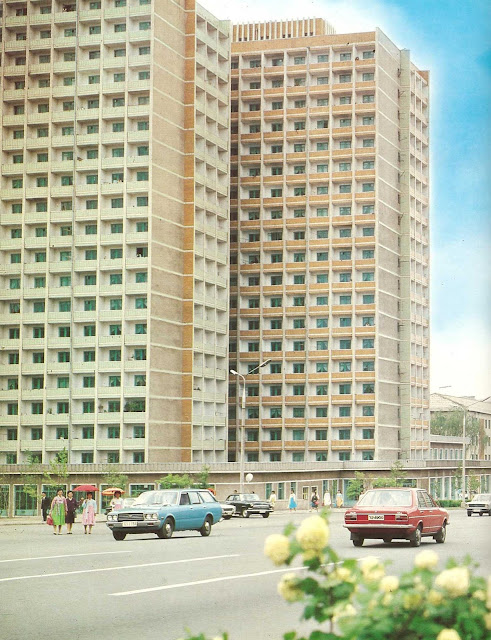 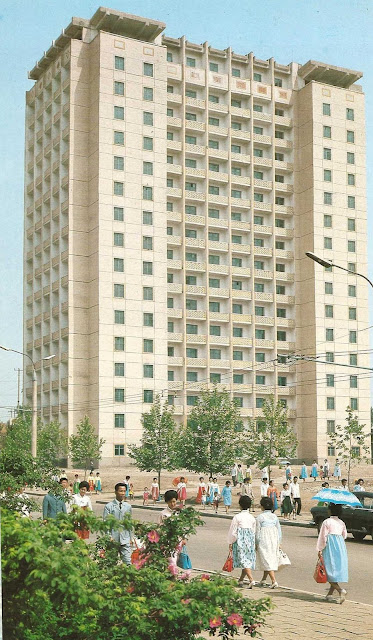 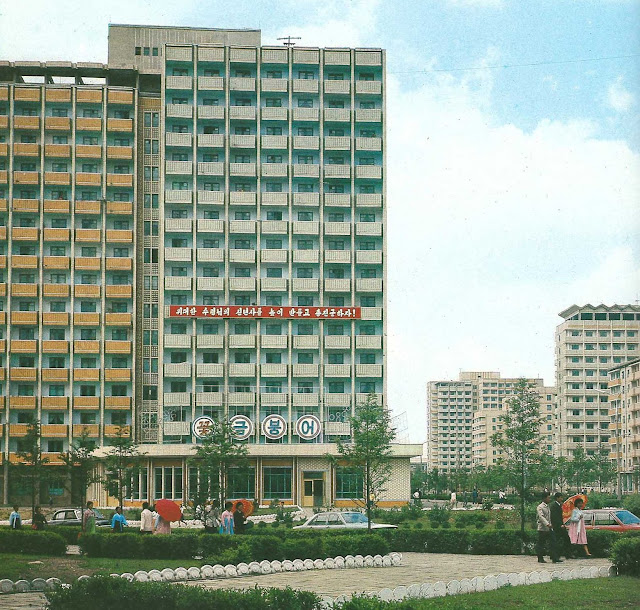 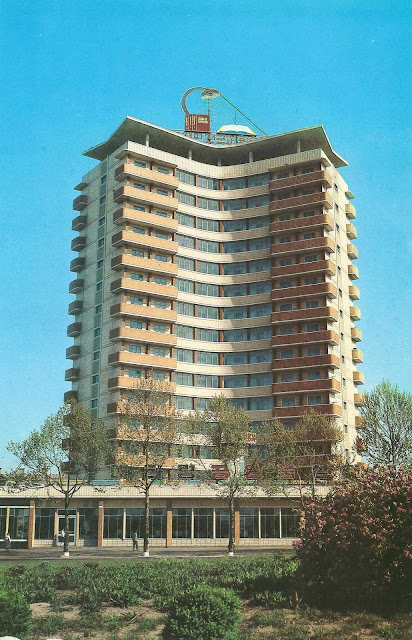 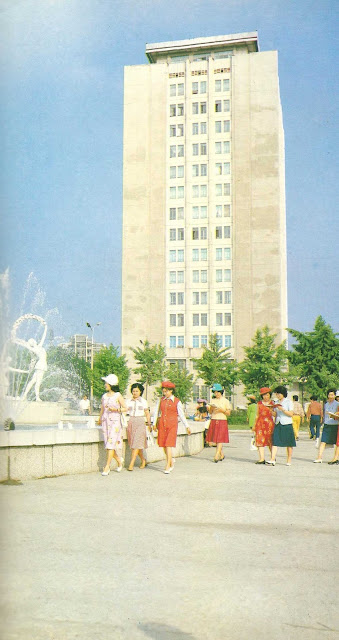 (untitled)
Posted by robin at 4:08 AM No comments: 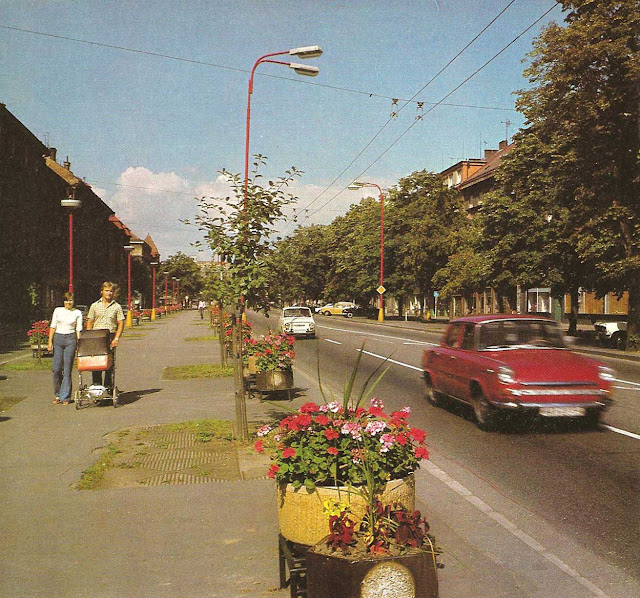 Dukelska trida.
Posted by robin at 1:39 PM No comments:

Down with the New Tsars!: Soviet Revisionists’ Anti-China Atrocities on the Heilung and Wusuli Rivers (3).

Down with the New Tsars!: Soviet Revisionists’ Anti-China Atrocities on the Heilung and Wusuli Rivers.  Paperback booklet published by Foreign Languages Press, Peking, 1969. Text is in English. 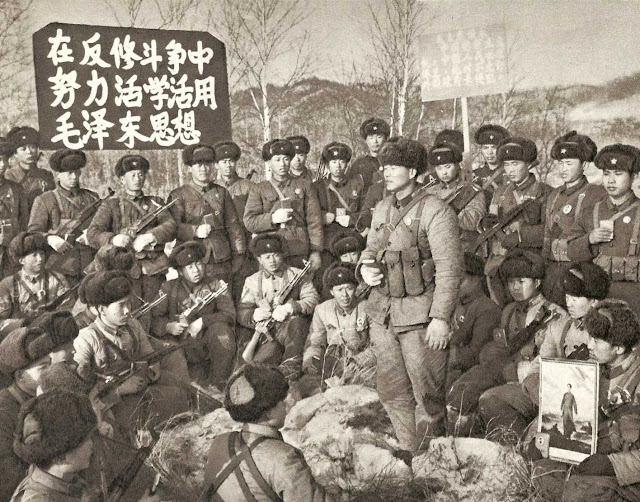 When it directed its troops to intrude into China’s Chenpoo Island the Soviet revisionist renegade clique met with ignominious failure. Our frontier guards still keep guard on Chenpoo Island which is port of our great motherland. Photo shows the Chinese frontier guards summing up their experience in defeating the Soviet revisionist intruders under the guidance of Mao Tsetung Thought. 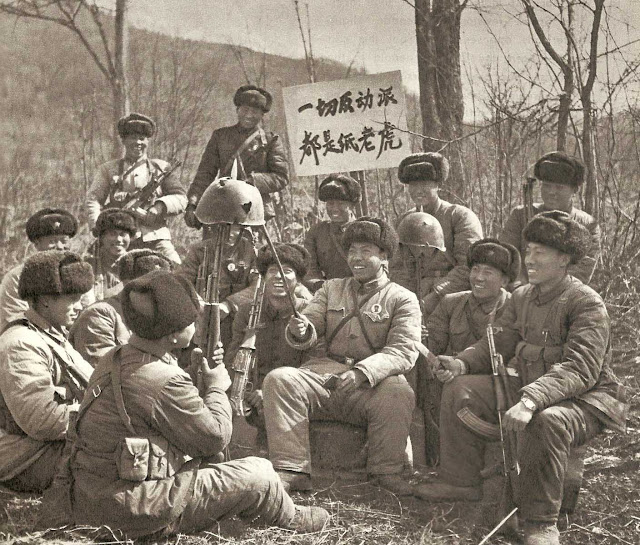 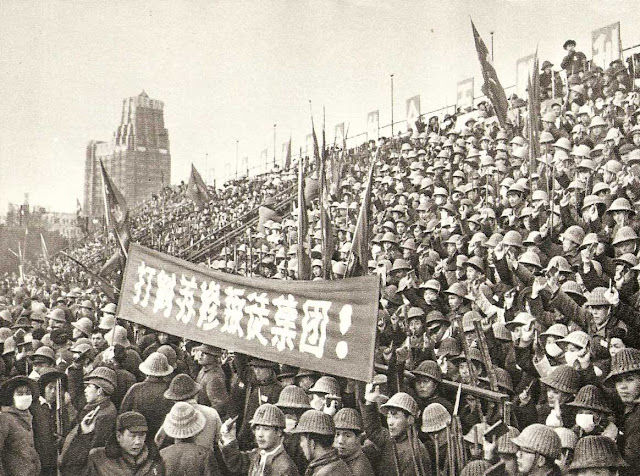 With deep hatred for the enemy, the broad masses of armymen and civilians in Shanghai angrily denounce the Soviet revisionist renegade clique for its crime of encroaching upon China’s territory. 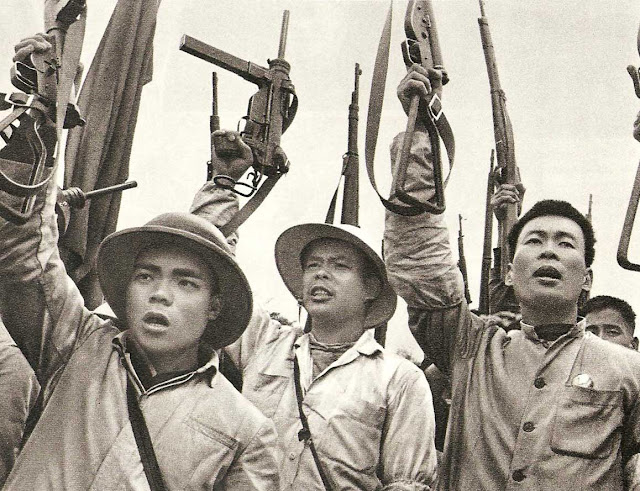 The broad masses of militiamen in the suburbs of Kwangchow hold an armed parade. With gun in one hand and hoe in the other as they take part in building up preparedness against war, they express their determination to smash thoroughly the aggressive ambitions of Soviet revisionist social-imperialism. 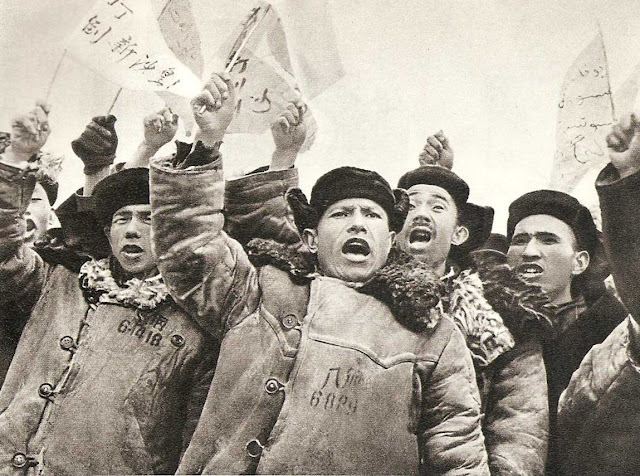 200,000 armymen and civilians in Urumchi, Sinkiang, hold a massive rally to condemn angrily the heinous crimes of the Soviet revisionist renegade clique in its encroachment upon China’s territory, and to support firmly the frontier guards of Chenpoo Island in their just act of safeguarding the territorial integrity and sovereignty of our motherland. 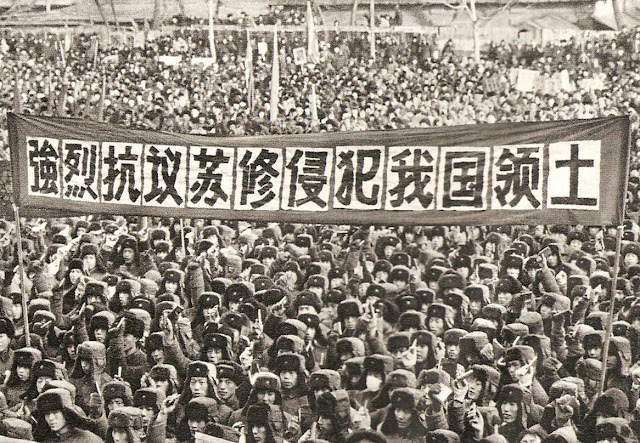 150,000 armymen and civilians in Harbin, Heilungkiang Province, hold a meeting to express their angry protest against the Soviet revisionist renegade clique for its deliberate encroachment upon China’s territory and creating an extremely grave incident involving bloodshed. They shout angrily: We wilt not let anybody encroach upon China’s territory! Down with Soviet revisionist social-imperialism! 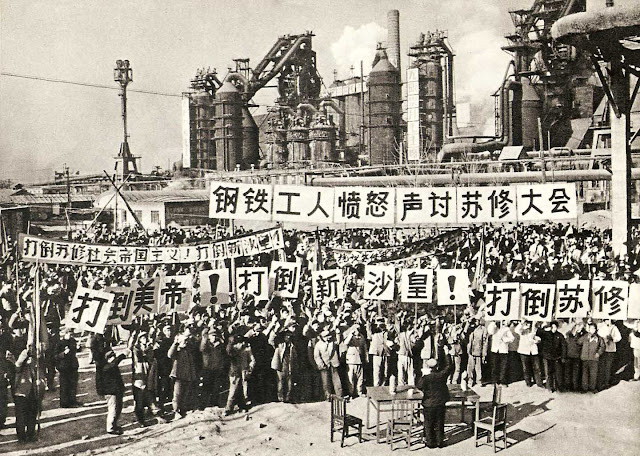 Standing in the forefront of the fight against revisionism, workers of Paotou Iron and Steel Co. express their determination to transform their hatred into strength and to smash Soviet revisionist provocation by grasping revolution, promoting production and turning out more and better steel.
Posted by robin at 3:59 PM No comments:

Warszawa: o zniszczeniu i odbudowie miasta by Adolf Ciborowski.  Hardcover book published by Wydawnictwo “Polonia” Warszawa 1964.  Text is in Polish with a small amount of text in English. 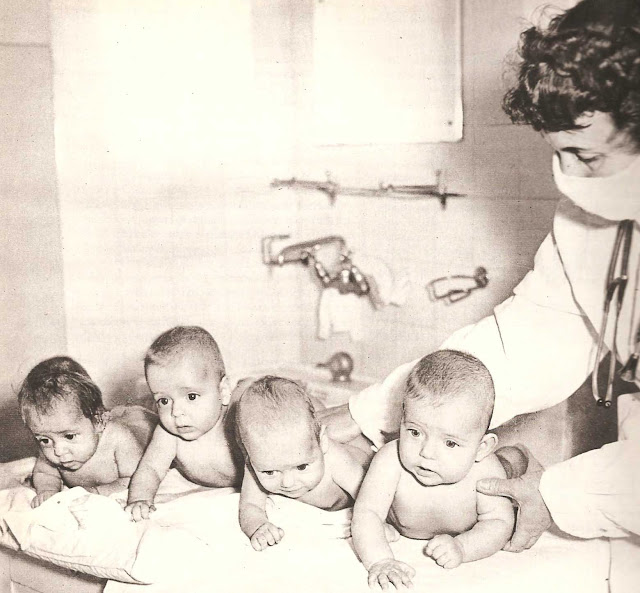 Przyrost naturalny
Posted by robin at 12:16 AM No comments:

Slovensko (The Beauties of Slovakia: The Past and the Present).  Hardcover book published by Osveta 1975.  Text is in Czech with Russian, German, English etc translations in the back of the book. 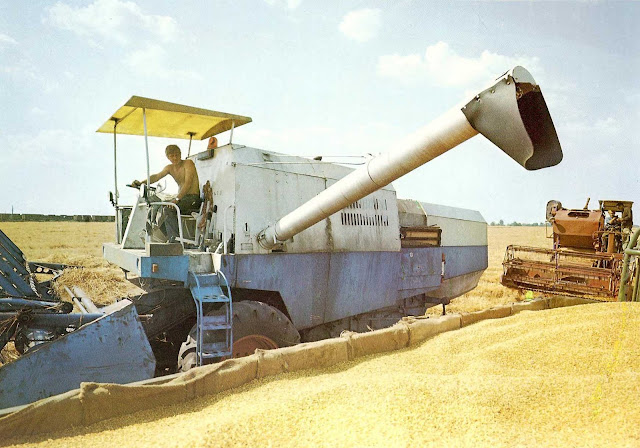 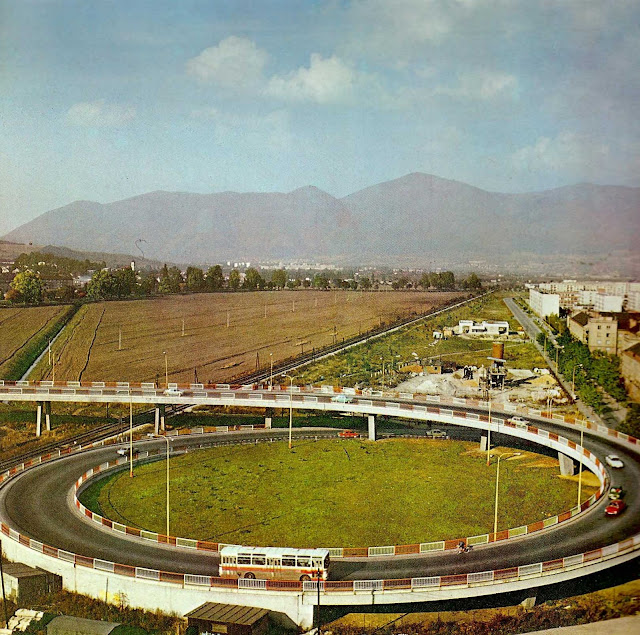 MARTIN, THE OVERPASS AND PART OF THE NORTH (SEVER) HOUSING ESTATE 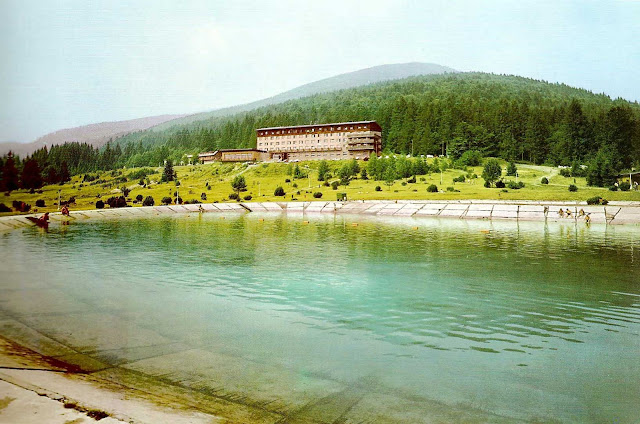 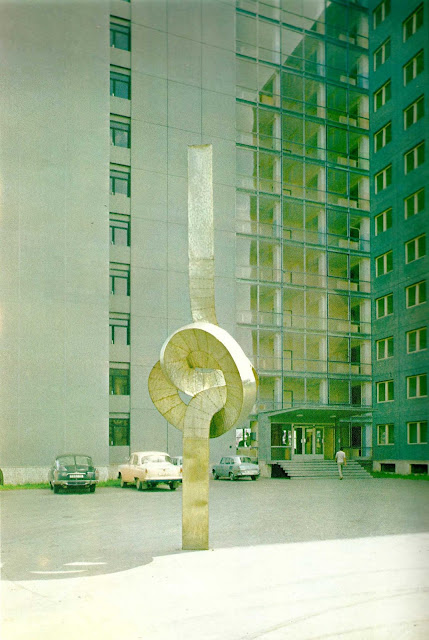 PRESOV, THE GORDIAN TIE SCULPTURE IN FRONT OF THE FACULTY OF ARTS HOSTEL
Posted by robin at 2:15 AM No comments: 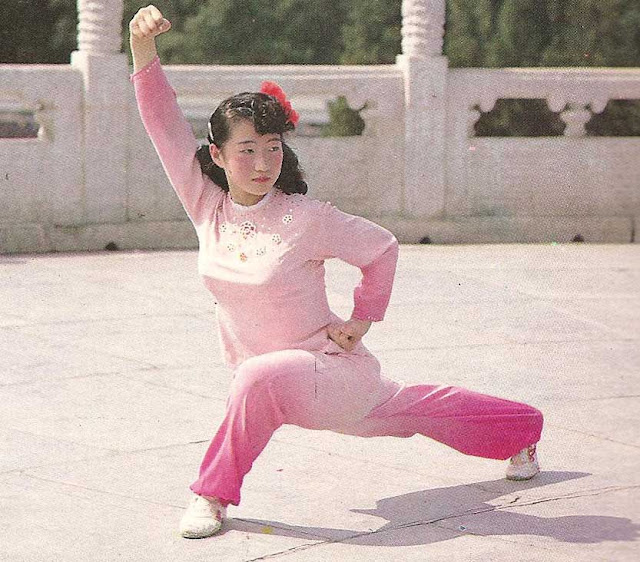 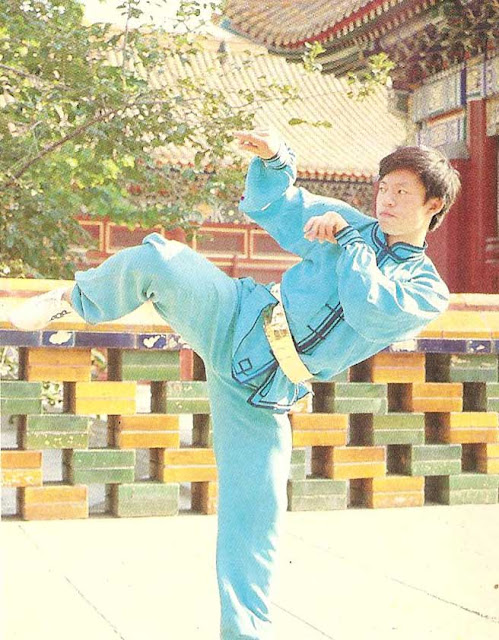 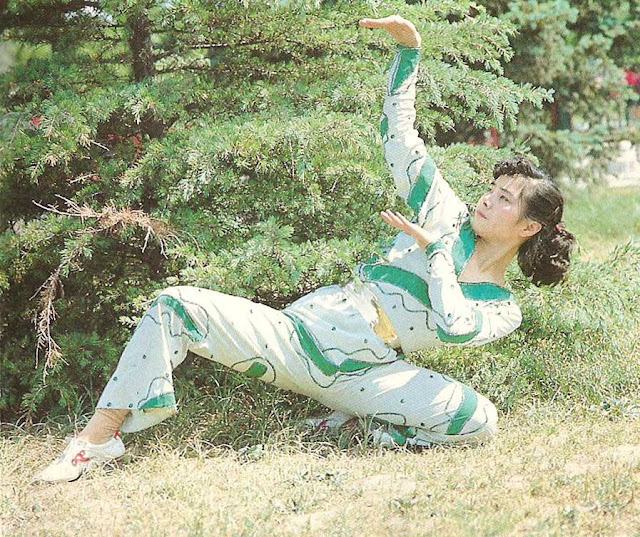 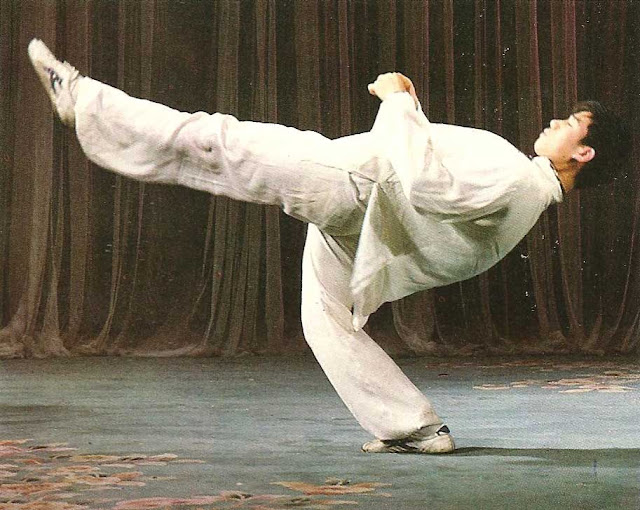 Drunkard’s shadow boxing
Posted by robin at 2:50 AM No comments:

Yugoslavia: Past and Present (6) 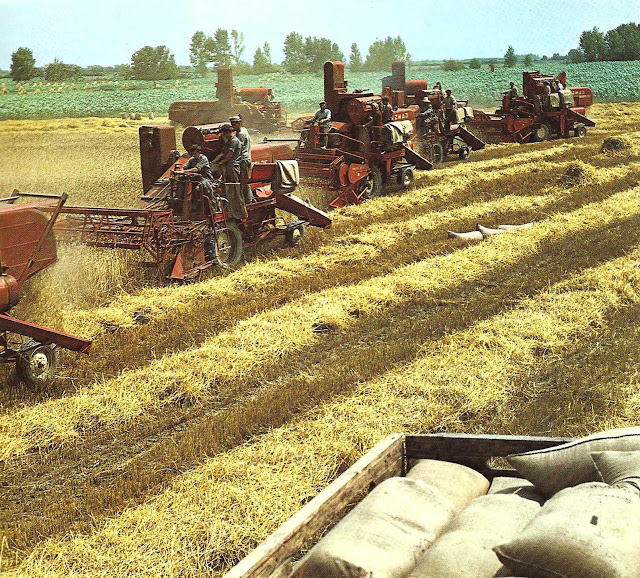 The factory-farms with their large acreage make extensive use of the most modern machinery.  In the picture: Harvest-time on the Belje factory-farm in Baranja. 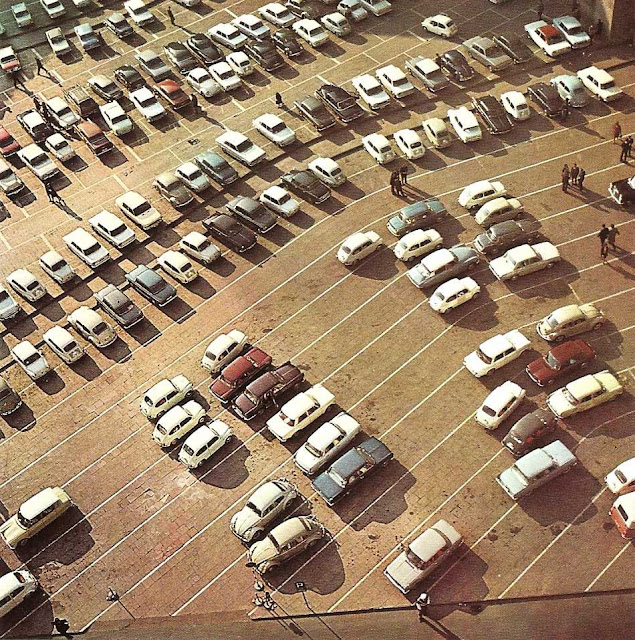 Yugoslav car production, both independent and in collaboration with foreign firms, is rapidly expanding.  The locally produced Fiat 750, popularly known as the “Fica” stoutly resists the growing competition.  Fica’s are fast, tough, economical to run, easy to park and manoeuvre, well-adapted to Yugoslav highways, are, at the same time, reasonably-priced. 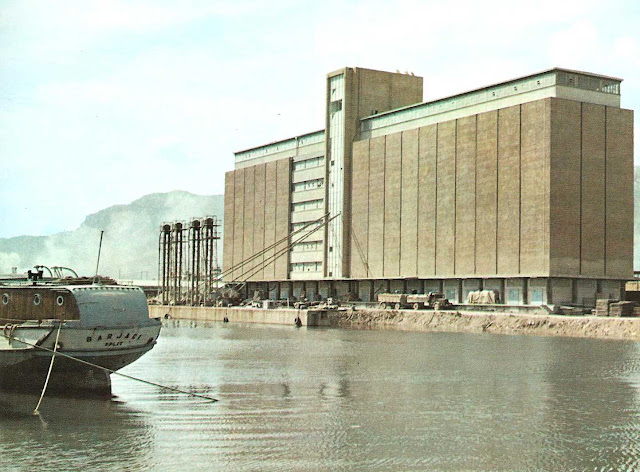 Cargo ships from all over the world call at Yugoslav’s ports.  In the picture: silos near the docks of Split harbour. 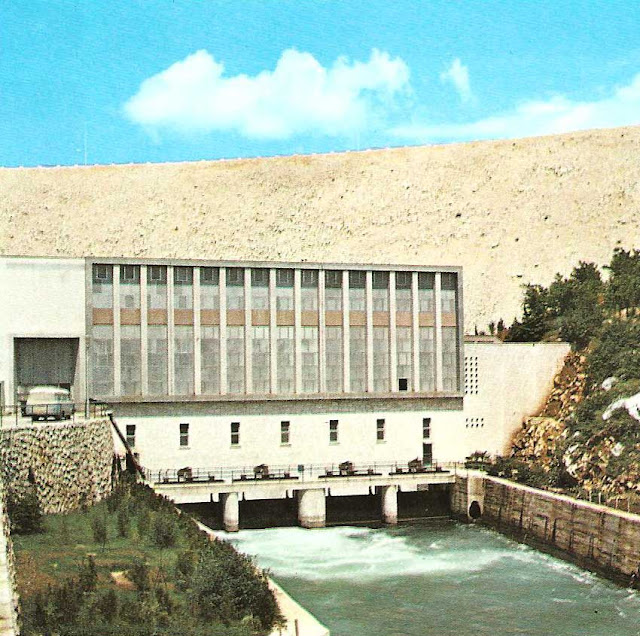 The hydro-electric power station at Peruca near Sinj in Dalmatia – one of the forty that have been constructed in the post-war period. 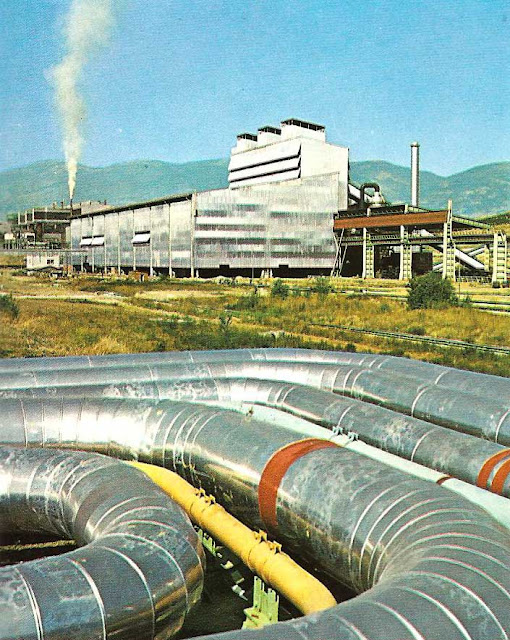 In the post-war period, special attention has been paid to the industrial development of Macedonia.  One of the most important of the republic’s industrial enterprises is the newly-built Skopje Iron and Steel Works, already one of the major centres of ferrous metallurgy in Yugoslavia.
Posted by robin at 1:37 PM No comments: